The Brightest Day of Fall

Posted on October 8, 2011 by Adeimantus Aletheia

Jetted off to Albuquerque, New Mexico for the 2011 Festival of Balloons. It’s one of the largest such Evers in the world, and due to it’s vibrant colors, intricate balloon patterns, and clear sky- it also holds claim as the World’s Most Photographed event! (want proof? go into any photography store and I guarantee a big number of the cameras use HD pictures from the event as advertising for what they are capable of).

Now, since arriving in ABQ, it’s been nothing but raining here- almost as if the weather from Portland followed my plane here. In fact, the infamous “Oregon Cloud” (that single, state covering cloud we get in Portland) followed as well, including the droopy rain.

Anyways, today it’s sunny, 70 degrees, and we’re all hoping the weather holds out for tonight’s “glow” (when all the hot air balloons are lit up) especially hoping that it holds out for the fireworks.

Met up with some family out here- a couple of nephews, dad, etc… Been pretty fun. In fact my little nephew is bugging me now for some milk, so I got to cut this short and help the little guy find his bottle! More updates later! 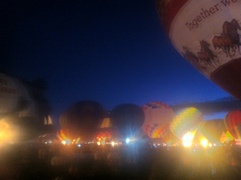 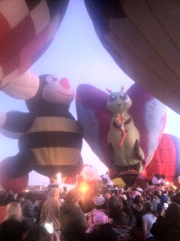 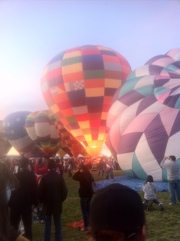 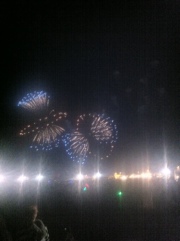 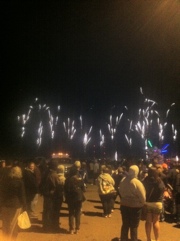 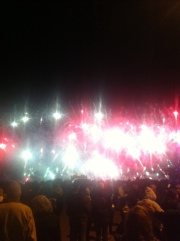 Adeimantus was the older brother of Plato. Aletheia, is the old Greek word representing both absolute truth, and relative truth. The Delphic Knife (Delphian Knife) is mentioned by Aristotle, as one of the first multi-purpose, mass produced knives. The purpose of a knife is to separate; the purpose of this blog, will be to separate truth, from lies, and to discuss rather important facets of our Society- that society - being the United States, and the international (as well as domestic) social climate that it (we) operate within. My Background: Dabbled in Oceanography, engineering, and law, before deciding on a movement into managerial economics and political science. I have studied Greek and Latin and German (briefly French) in order that I may better understand the basis of the words that form our method of communication today (that method being English). In addition, my mathematical skills have been honed through a stint in engineering, and improved as I got my degree in Economics. My political science degree was for fun, although the philosophy courses I took, caused a profound and permanent change in my methods of thought- I highly recommend all students to complete a "tour" of philosophy for their own personal use.
View all posts by Adeimantus Aletheia →
This entry was posted in family life and tagged Albuquerque, balloon festival, family, new Mexico, southwest, vacation. Bookmark the permalink.